The Imminent Fall of the Language Barrier 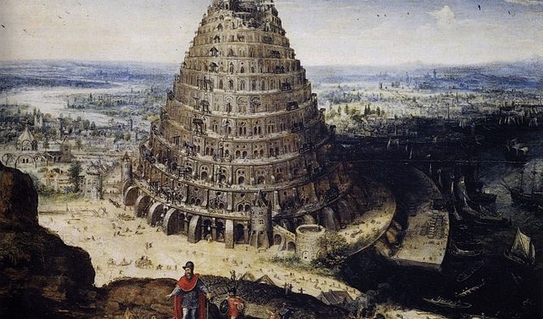 The time has come when machine translation, first conceptualized in the 1960s, is finally becoming useful. Google and hundreds of smaller companies have developed algorithms, mined data, used human translation examples and employed syntactic and contextual analysis and every tool in the book to come up with software that essentially breaks down the language barrier completely. You can now automatically translate every website, and in most languages the result is acceptable. Hold your mobile phone up to a sign, open Google Translate, and it translates what it sees. Twitter offers a link under every foreign-language tweet to translate it into a foreign language to translate. (This is powered by Bing and often produces hilarious results!) Some social networks always appear in your preferred language, translating content on the fly. WeChat has a translation options for every chat that is surprisingly good. Even dating apps have included automated translation options so that you can now easily find a mate who does not speak your language. In other words, millions of people now regularly consume content in a language in which it was not created - often without realizing it.

We will soon live in a world where languages no longer matter.

The rapid advance of machine translation (which is nothing more than human translations mined to excess, plus AI) means that we are now living in a world where languages no longer matter. A French speaker will be able to talk with a Japanese businessman without either having mastered the other's language. A first version of this technology is already on the market. For $130 a small gadget in your ear will currently translate 4 languages on the fly. Soon we will see devices that whisper what the other person is saying not in a computer voice but, thanks to advances in bioacoustic engineering measuring the frequency, wavelength, sound intensity and other properties of the voice in the translated voice of the original speaker.

Facebook is allegedly planning to introduce automated translation of all its pages, meaning that you won't even know that a person's profile was originally written in, say, Arabic. Augmented reality devices such as the Microsoft Hololens will offer you the ability to walk around the streets of Seoul and see every Korean sign in English--or the language of your choice. Business will be conducted in any language you like. English will no longer be the lingua franca. Perhaps the European Union will finally begin to function.

But this is where the real problems begin.

That degree of automation carriers within it the seed of a serious problem. Language is also a signaler of culture. Some content will seem odd not because the translation is flawed, but because we lack the cultural context to understand it. I have worked as an interpreter for over 20 years and a lot of it is not translating but explaining - bridging the cultural, not the linguistic barrier.

A world without a language barrier will lead to fewer people bothering to learn foreign languages. Yet learning a foreign language is not just a process of acquiring linguistic knowledge, it is a journey into another culture. With no need for interpreters and no one attempting to learn foreign languages, we will either quickly develop a single global culture (unlikely, given the differences in politics and religion) or face the curious situation of being all able to communicate without understanding each other. We may lose the ability to communicate effectively, just because we finally understand each other.

Take languages like Chinese. The way we react to a stranger's request is often very different in this culture. Chinese people, like many Asians, hardly ever say "no". It's considered impolite. While one day perhaps artificial intelligence may catch up, it will be a long time of MT-induced confusion before the software knows when a 'no' is a 'no', and when it is a 'yes', or a 'maybe', or a 'I don't know'. For a human translator that is much simpler, not because he has mastered the other person's language, but because he or she understands the other culture.

Will we become culturally inept?

While the fall of the language barrier means that ideas will be able to flow freely and content be disseminated more easily (religious radicals will be the first to embrace this aspect, just think of ISIS propaganda), it will also lead to a diminishing of human capacity to empathize and understand foreign cultures. What was once simply unintelligible and needed the process of translation - and thus explanation - to be absorbed, will, through  technology, become weird and perhaps even objectionable. You can try this out by using automatic translation on official Chinese news websites. Many of the AI translations seem funny and are completely unintelligible to someone not versed in Communist propaganda speak. Likewise, some of the nationalistic and religious rhetoric used in the United States, once auto-translated, will be indistinguishable from the zealous messages spread by Islamic preachers in Arabic.

How important the cultural component is was obvious when a Microsoft chatbot  went on a racist drug rampage. It shows the basic problem: language is an expression of culture.

Machines don't have a culture. Yet.

The fall of the language barrier will create ample opportunities for misunderstanding and conflict, as messages intended for a particular audience transcend geography and culture and become global battle cries. A technology intended to bring people closer together may end up making us culturally poorer and ideologically more radicalized. A worrying prospect. But perhaps by then our biggest challenge is not to communicate with each other, but with intelligent machines. And that's a whole new bag of worms.

Receive the latest blog posts about technology and marketing