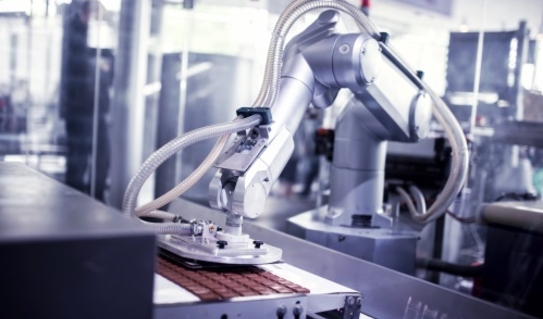 Germany has been bandying about the slogan Industry 4.0 for about 10 years now, yet most people still don't know what it is all about.  It is an excellent piece of marketing slang, both extremely complicated to understand and yet brilliantly simple. Even those who get it, however,  mostly fail to grasp the implication of this industrial revolution.

So what is Industry 4.0? On first glance everything seems to be part of it, from robots to artificial intelligence. Speakers at Industry 4.0 seminars often go on  about cyber-physical systems, enterprise-control system integration, MES, anything from level 1 to level 5 sensoring to IoT, hybrid clouds and finally the "factory of the future."  Not to mention intelligent feedback and self-learning robots. It's a veritable hodgepodge of new terminologies that can make your head spin.

None of these taken alone however, is Industry 4.0. Not even all of them together. The key to Industry 4.0 is integration, i.e. making all of the above work together. And therein lies the problem. Because they just aren't talking to each other. Yet.

Manufacturers don't understand CNC machine tools. Press makers don't get robotics. Robots can't talk to energy systems. Software engineers have no clue about injection molding. The data coming from various components doesn't interface properly with the cloud services designed to increase efficiency and drive automation. This is not just a problem form SMEs; even the best industrial conglomerates like ABB or Siemens are still struggling with it. Industry 4.0 essentially is a problem of communication, not of individual components.

So far, no global "integration" player has emerged, because what we are trying to achieve here is fiendishly complicated. There aren't enough standards and there are too many variables. Existing machinery supply chains span continents and involve companies at various levels of development. Most have neither the manpower nor the know-how to make their systems ready for Industry 4.0.

And yet, without embracing integration, most machinery companies are doomed.

60% of Taiwan's machinery companies will go bankrupt in the next ten years.

The fate of Asian manufacturers

According to one Taiwanese industry insider we spoke to for this article, 60-70% of Taiwan machinery makers will go bankrupt in the next decade. Much the same is true in other countries. In our industry survey, we found only 5 companies in Taiwan who are truly prepared for the coming revolution in manufacturing. The rest will most likely disappear over the next 10-15 years, either by going bankrupt, or by being swallowed by larger players. Fairfriend, one of the leaders of Industry 4.0 in Taiwan, has been quietly buying smaller machinery companies around the world since 2011. It is now the world's 3rd largest players.

Because integration, data (big and small) and interoperability are the key, most companies won't be part of  Industry 4.0. They will not be able to hire the software and data engineers necessary to upgrade their products, either because they lack the vision and understanding, or because such talent is simply not available in their country. Machine tools manufacturers need to hire data scientists, not mechanical engineering graduates.

The picture gets bleaker. The ultimate goal of Industry 4.0 isn't an upgrade of the existing manufacturing base in East Asia. If we are talking fully automated factories with self-regulating processes and self-learning robots who teach each other through the cloud, why base them in China, Taiwan, or Thailand? Wouldn't it be better to bring the factories - clean, automated, and dependent on highly-skilled engineers rather than cheap labor - back home?

The end of global trade?

This is exactly what will happen. Advanced economies came to Asia to reduce labor cost. Labor cost is now irrelevant. Forget the banks of Asian workers manually stitching shoes together. Adidas' new shoe robots make a pair of shoes in 1.8 minutes from scratch. Soon they will be not in the factory, but in the shoe store, where they will build bespoke shoes measured to your feet.  Companies don't develop robots because they are cool, but to get away from relying on Asian labor.

Thus the true significance of Industry 4.0 is ultimately the "repatriation" of manufacturing to Europe and the US, and the relocation of manufacturing from Asian clusters to adaptive small units at the point of sale. Yes, there are a few supply chain issues to be resolved, but these are minor compared to the challenges of getting hundreds of Asian machinery manufacturers to work with standards dictated by Germany.

This is not a vision of the future, but a description of what is happening today. Adidas built their robot factory in Germany, not Kunshan. Tesla makes its batteries in Nevada, not Guangzhou. Foxconn is building automated modular manufacturing units in containers that can be shipped to where they are needed. All over Europe and America, efforts are under way to bring manufacturing back home. Apple is buying a lot of real estate in the American West. Future iPhones will be "made in the US", not just "designed" there.

One of the main drivers of this shift is of course political. In the wake of the Brexit kerfuffle, Britain's new prime minister Theresa May has promised a more nationalistic approach, turning back the wheels of globalization. Imagine if Trump gets elected in November. He captured the electorate's mood on global trade, namely that it is a "threat"" and that American products should be made by Americans, in America. Japan never really opened up to the world anyway, and will continue its isolationist path towards a robot-based industry. The EU is battling with a terrible refugee and immigration crisis. Bringing high-end  manufacturing jobs (i.e. software, data and robotics specialists) home is high on the agenda of national governments and Brussels alike. The EU will invest over 100 billion Euros in Industry 4.0 before 2020.

The era of globalization and global trade is coming to an end, and technology makes that possible. By and large, the EU and US possess far better talent in the key "integration" technologies than Asian manufacturers, who spent the last 40 years perfecting traditional manufacturing processes. Step by step, manufacturing will inexorably return to a location close to markets. Intelligent, clean factories will mushroom in the West. Shipping firms will suffer as a result. The entire model of designing and selling in the West, but manufacturing in Asia will quickly fall apart. Once molecular manufacturing takes off (think chemistry, not engineering), raw material supplies will be impacted too.

Obviously, certain things will be "made in Asia" longer than others. It's preposterous to think Apple will be able to make its next generation of iPads and iPhones in Californian factories. For the majority of products however, the entire supply chain will shift sooner than later. A shift away from manufacturing abroad. A shift away from the OEM model that for decades built the basis of Asian economies.

We work with many machinery companies for branding, marketing, and management consulting. Have a look.

Receive the latest blog posts about technology and marketing